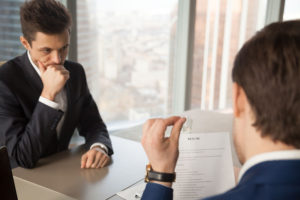 The Labor Department reported recently that the U.S. jobless rate fell to 4.1% in October, a 17-year low.

According to CNN’s Patrick Gillespie (@CNNMoney), “That’s why some experts think the U.S. economy is at, or getting close to, something called ‘full employment,’ which means employers can’t find many more available and qualified workers for open jobs.”1

With unemployment numbers that low, many companies are worried about how they’re going to fill those important positions with quality, reliable employees.

That is what makes it more important than ever for proper background checks to be a part of your screening process.

A thorough background check can make the difference between hiring an applicant who merely looks good on paper, and one whose qualifications are truly legitimate.

Criminal background checks are an important part of the process, but oftentimes it’s an education verification along with a prior-employment verification that can best weed out the less-qualified applicants from the candidate pool.

CareerBuilder recently announced that three out of every four HR managers (75%) surveyed have caught a lie on a resume.2

The most common fib seems to be embellishing skills or capabilities; 62% of respondents say they’ve come across this, and 54% say they’ve caught applicants taking liberties when describing the scope of their responsibilities.3

A quarter have seen people who claim to be employed by companies they never really worked for.

By checking an applicant’s actual employment history against the enhanced version, such falsifications can be easily spotted, but despite the obvious benefits many potential employers just don’t have the time or resources to perform such verifications.

Prior-employment and education verifications are performed by our most senior staff members with an average turnaround time of two to three days.

Prior-employment verification is available for previous positions held, starting and ending dates of employment, eligibility for rehire and other relevant information about the applicant’s performance.

Education verification documents an applicant’s start dates, end dates, major fields of study and degrees earned, areas that are often the most enhanced on resumes today, with an average turnaround time of one to three days.

Combine either or both with a criminal history report and a Social Security Number trace, and you have a great start to hiring the best employee for your company.

Here at SELECTiON.COM® we are a nationwide provider of background screening services. Our plethora of products and reports can help you find the best hires, even with the lowest unemployment rate in 17 years. Contact us today to see how we can make a difference.

1 Gillespie, Patrick (2017, June 2). America’s job market is bit like the porridge in Goldilocks. You don’t want it to get too hot or too cold. It needs to be just right. CNN Money. Retrieved from http://money.cnn.com/2017/06/02/news/economy/jobs-full-employment/index.html

3 CareerBuilder. (2017). 75% of HR Managers Have Caught a Lie on a Resume, According to a New CareerBuilder Survey [Press release]. Retrieved from http://press.careerbuilder.com/2017-09-14-75-of-HR-Managers-Have-Caught-a-Lie-on-a-Resume-According-to-a-New-CareerBuilder-Survey 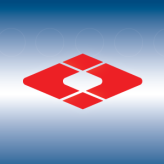 Founded in 1991, SELECTiON.COM® is one of the Nation’s leading providers of pre-employment background screening services. We offer the largest network of in-house researchers, the fastest turnaround on criminal background checks and drug screening, and unsurpassed customer service. Our web application, FASTRAX Select™, allows employers to verify an applicant’s background check information quickly and accurately from the convenience of a personal computer. Average turnaround time on criminal background searches is 2 business days. Thousands of employers nationwide rely on SELECTiON.COM® to help them make smart hiring decisions.