Medical Marijuana in Ohio – So Now What? 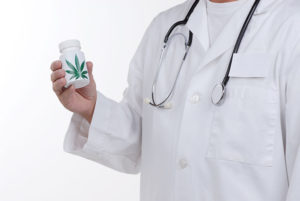 On June 8, 2016 Ohio’s Governor signed a plan to legalize medical marijuana into law. This made Ohio the 25th state to approve its use. The bill became effective 90 days later on September 6, 2016. Ohioans will not be able to purchase medical marijuana in state, however, until 2017 or early 2018 after the Department of Commerce creates rules for those who will grow and dispense the drug and doctors obtain certificates from the Ohio State Medical Association to prescribe medical marijuana.

What kind of marijuana can be used?

Under Ohio’s law, it is still illegal to smoke marijuana even if purchased out of state. On the other hand, vaporizers, edibles and oils are OK. Recreational use of marijuana continues to be illegal.

What medical conditions will qualify?

Who will grow marijuana?

Who can recommend its use?

Physicians who are certified by the Ohio State Medical Association are the only ones who can make that call. They could be disqualified from certification if they have a financial interest in growing marijuana, have lost their license to practice medicine, or have been convicted of certain crimes. Before recommending medical marijuana, doctors must attend at least 2 hours of training in diagnosing and treating conditions with it.

Can I be fired from work for using medical marijuana?

Yes, despite opposition from some in Ohio, the law allows employers to fire employees who violate office policies against marijuana use – even if the marijuana was recommended by a physician. If fired for marijuana use, a person will not receive unemployment compensation.

Can Ohioans still vote on medical marijuana in November 2016?

Several groups were interested in placing a marijuana proposal on the November 2016 ballot. Each group decided, however, against doing it. The effort was too costly and unpredictable in this presidential election year. The reality is that raising funds for medical marijuana policy changes became incredibly difficult especially given the improvements made by the Ohio General Assembly and the fact that Ohio’s Governor signed the bill.

NOTE: The contents of this article are not legal advice for your particular situation. You should neither act nor rely upon anything stated in this article without first consulting your own legal counsel.

Thomas A. Coz
Vice President of Legal & Compliance